Werk is retiring after more than two decades as a teacher and principal at St. Paul’s. As of July 1, Clark, who is a lifelong member of St. Paul’s church, received unanimous approval from the school board and church congregation to succeed Werk.

Clark said his ratification brought him excitement and relief, but also sadness at the departure of Werk and her husband, Allen, who is the pastor at St. Paul’s. Clark will continue to serve as a second- and third-grade teacher in addition to his new responsibilities as principal of grades K–5.

His initial goal is “hopefully just maintaining some stability in this time of change,” Clark said. “Being that I’ve been here for 17 years, it’s not a brand new face leading the school.”

Clark has several initiatives for the school as he steps into his new position. They include increasing funding and sponsorship, incorporating more technology into classroom learning and boosting enrollment.

“The last couple of years, our numbers have been down a little bit,” Clark said. “So, I’m just looking forward to hopefully building that back up and seeing what we can do for the future of the school.”

The Werks will be moving to Indiana to be closer to relatives. Anne Werk said she will stay updated with school and church events on social media and serve as a resource for Clark when he needs support.

Clark said he will follow Werk’s advice of relying on his faith and school staff as he enters the principal role. He described Werk as a great mentor, both personally and professionally.

Werk’s career was honored at a retirement celebration June 19. Alumni students spoke about the impact Werk has had on them. Werk, however, feels her most meaningful experiences at St. Paul’s are teaching and overseeing students as they mature.

“I love being a part of the children’s lives and their families’ lives … and seeing growth over the years,” Werk said.

“When you get to retirement age, you start talking about your legacy and about what you’re leaving behind,” Werk said. “I hope that I’ve made a difference in the lives of the kids and their families.” 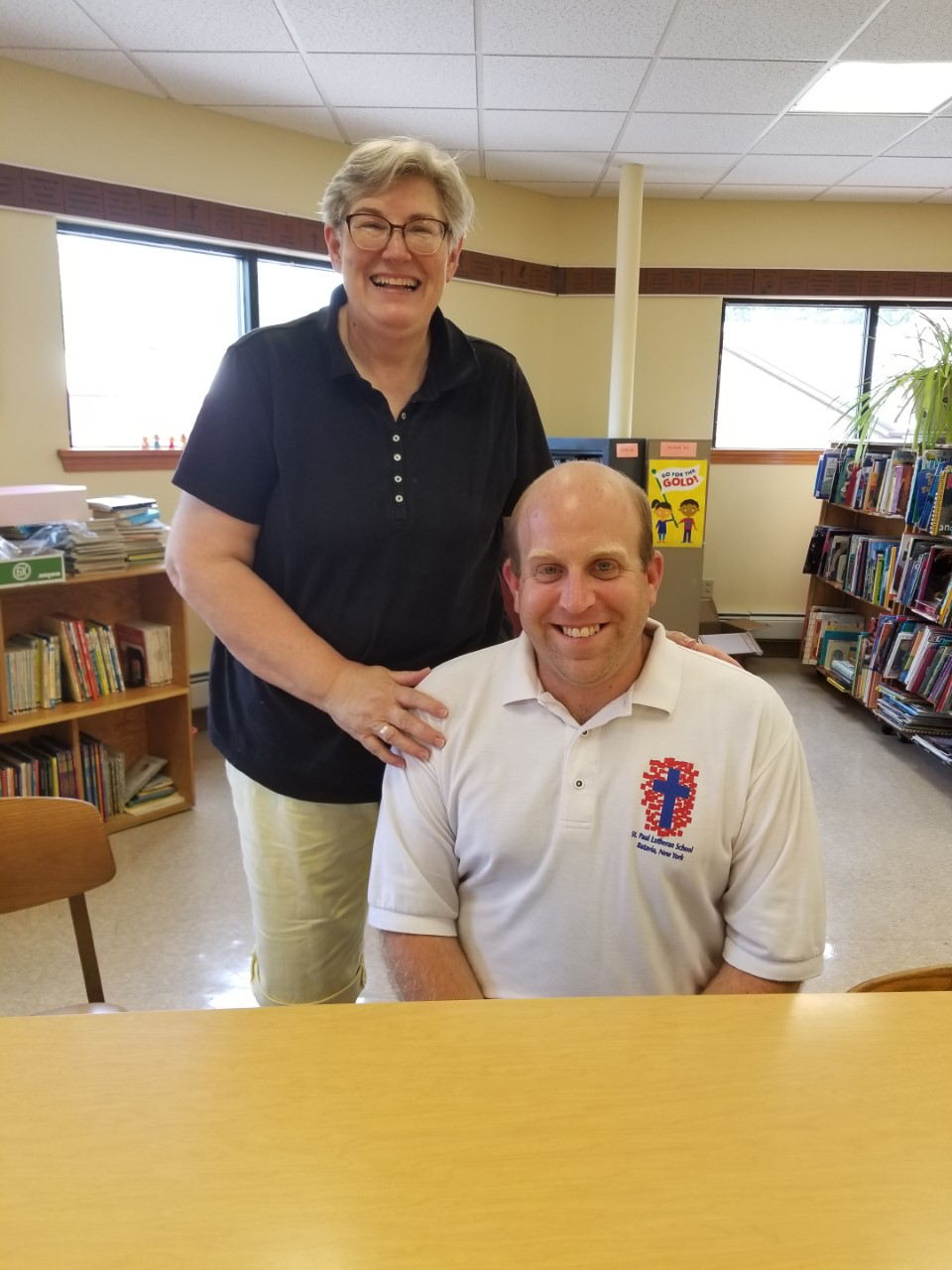 St. Paul Lutheran School is offering one full-tuition award and one partial-tuition award to two new elementary students during the 2019–20 school year.

The grant money to fund these scholarships was provided by Lutheran Church Extension Society of Buffalo.

For a student to be eligible for either the full or $400 partial-tuition award, this must be their first time enrolling at St. Paul’s school and their 2019–20 registration must be accepted by school administration by July 31.

The two students whose names are pulled at a drawing Aug. 6 will be contacted by the school board about their tuition awards.

St. Paul’s “will look into ways to get our name out there even more than it already is,” said Jason Clark, the newly hired St. Paul’s School principal.

”We’ve already started that with this grant that we’ve received and are advertising out,” Clark said. “Having a new student be able to come tuition-free for the first year is a great start.”

Registration forms are available at the school’s location at 31 Washington Ave., Batavia, and online here. The mission of St. Paul Lutheran School is to enable the families of the community to know Jesus as their Savior by providing a Christian educational environment which fosters academic excellence.

At St. Paul's, school is a family!

All teachers, staff, students and families work together to create a loving, inspiring and encouraging environment in which children can thrive to their greatest potential -- a great way to begin your child's education experience.

At St. Paul's they like to say "We don't raise little Lutherans, we develop Disciples of Christ." posted by Howard B. Owens in batavia, st. paul's.

Your votes mean $50,000 for Batavia! St. Paul Lutheran School at 31 Washington Ave. is in the running for a $50,000 Pepsi Refresh grant to add a library and media center to the school.

The school's project is online at www.refresheverything.com/stpaul. Votes may be cast online and by texting 109949 to Pepsi (73774). Each person can submit three votes per day now through Nov. 30. The school is currently ranked #28 and needs to be in the top 10 to be funded.