JOE: Good morning Calliope.
CALLIOPE: Good morning Joe. I haven’t heard from you in a while.
JOE: My apologies. I guess I am still adjusting to my new busy life.
CALLIOPE: What’s going on?
JOE: I won’t bore you with the details. However one major event took place.
CALLIOPE: Tell me.
JOE: I am planning a trip to Long Island next month. An old friend there has wrestled with mental illness for years and I was wondering if there was anything I could do for him. In tracking him down, I found that he died in February.
CALLIOPE: Sorry to hear it. How did you learn of his death?
JOE: Through an online obituary. Then I found his sister and had a wonderful talk with her last night.
CALLIOPE: How did that help?
JOE: I learned that my friend had some good time in the last couple years, fell in love and then died peacefully after a struggle with cancer. His sister has been there to help him through the rough times. I will be forever grateful to her for that. Bow it’s time to let him go.

Conversations with Calliope- Marriage and Death 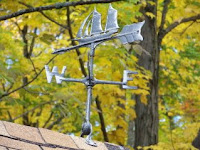 JOE: Good morning Calliope.
CALLIOPE: Good morning Joe. That seems like an odd title for you entry.
JOE: I suppose it is But those are the two events which kept me busy this weekend.
CALLIOPE: Tell me more.
JOE: Families get together quite often for marriages and funerals. Sometimes they are the only places I have seen some of the people I know.
CALLIOPE: What else do they have in common.
JOE: I was just thinking about that for my Saturday column.
CALLIOPE: What did you come up with?
JOE: Both are significant way stations in life. Birth is the other major one but I didn't have one to celebrate this weekend.
CALLIOPE: Anything else.
JOE: The ideas is still percolating. Let me think a moment.
CALLIOPE: Not too long. You have work to do.
JOE: Right. Marriage is an occasion for a couple to join their lives and for their community of friends to join in support of their union.
CALLIOPE: And death.
JOE: Death and funerals provide families with a chance to remember the life of their loved one, say goodbye and comfort each other. I guess that's my theme. Talk with you tomorrow.

Michael Jackson and Farrah Fawcett have both past today

Michael suffered a cardiac arrest earlier this afternoon at his Holmby Hills home and paramedics were unable to revive him. When paramedics arrived Jackson had no pulse and they never got a pulse back.
Michael is survived by three children: Michael Joseph Jackson, Jr., Paris Michael Katherine Jackson and Prince "Blanket" Michael Jackson II. 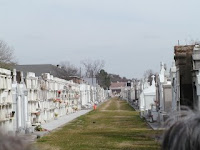 JOE: Good morning Calliope.
CALLIOPE: Good morning Joe. How are you this morning?
JOE: I've been thinking about death this morning.
CALLIOPE: On what account?
JOE: Two people I know recently died under suspicious circumstances.
CALLIOPE: Tell me more.
JOE: Chemical abuse seems to be involved in both deaths.
CALLIOPE: Do you know that for sure?
JOE: No, but I know that both people have struggled for years with substance abuse.
CALLIOPE: What are you thoughts about this?
JOE: I wonder why people would risk their lives to get high.
CALLIOPE: Maybe they are trying to get our of a hole rather than high.
JOE: Entirely possible. I hadn't thought of it that way.
CALLIOPE: I notice you have never written about drugs or alcohol.
JOE: True. I haven't understood it well enough to express any opinions.
CALLIOPE: What about writing about the mystery of drug use?
JOE: It's something to consider. Talk with you tomorrow.
March 4, 2009 - 9:27am 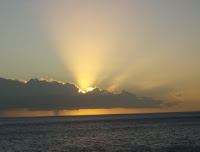 JOE: Good morning Calliope.
CALLIOPE: Good morning Joe. I'm Greek not Roman. I think your title is Latin though.
JOE: You're right. It means blank slate.
CALLIOPE: How did it get to be in today's title?
JOE: I arrived at the computer this morning without anything particular on my mind and thought it apt.
CALLIOPE: I agree. What's up today?
JOE: I am leaving for a funeral shortly.
CALLIOPE: Someone you know?
JOE: Not really. It is the mother of Carol's brother's sister in law.
CALLIOPE: Do you know the family?
JOE: Yes, from family gatherings.
CALLIOPE: So you are not directly involved?
JOE: No, but death and funerals have made me sit up and take notice more than in the past as I get older.
CALLIOPE: What personal meaning does it have for you.
JOE: It's a reminder to make good use of whatever time if have left to me. Talk with you tomorrow.
October 21, 2008 - 4:12pm

The Neutered American Dollar
There are several words that hold the contemporary news media hostage: the Dow, economic recession, fuel prices, and bank loans. We are the only nation on earth that has "In God we trust" inscribed on our dollar bill, but that dollar is shrinking daily. It doesn't buy what it once did. Why is this happening?
God warned Israel that if they failed to follow Him, they would lose His blessing and become in indebted to foreigners: "He shall lend to you, but you shall not lend to him; he shall be the head, and you shall be the tail" (Deut. 28:44). He said that they would also have droughts, incurable diseases, and aliens would fill the land. Think of what's happening to America:
Our national debt exceeds 10 trillion dollars. Much of this debt is to foreign nations. We experience torturous droughts, and then massive floods. We are also plagued with devastating hurricanes, killer tornadoes, and wildfires that torch thousands of acres. A little closer to home, over 2,300,000 Americans will get cancer in the next year. These things are not evidences of God's blessing. So why are they happening to us?
Aren't we a morally good nation? Don't we trust in God? Before you answer, here are some statistics for you to consider:
Still, the idea that we have somehow offended God is unthinkable to us as Americans. Rather, we blame the economy, politicians, pesticides, global warming, global cooling, El Niño, Mother Nature — anything but ourselves and our relationship to God. However, if you are in the middle of smog, the air may look normal and clean. But from a bird’s eye view of 10,000 feet, you will see that the toxic, innocuous smog envelopes your entire living space.
To see our true moral state, we have to look at ourselves from God's perspective. Jesus said, "Whoever looks at a woman to lust for her has already committed adultery with her in his heart." The Bible says that if you hate someone, you are a murderer. Lying lips are "an abomination to the Lord." Deceitfulness is so serious to God that all liars will have their part in the lake of fire. Also, no thief or adulterer will enter Heaven.
How many lies have you told in your life? Have you ever stolen anything, used God's name in vain, or looked with lust? If you have broken those Commandments, God sees you as a lying, thieving, blasphemous, adulterer at heart, and if you are guilty on Judgment Day God’s Word clearly states that after death you will face eternal condemnation, torment, and punishment in Hell.
That’s bad news. But that's not God's will. He is rich in mercy and has made a way for you to be forgiven. You broke God's Law (the Ten Commandments), but Jesus paid your fine in His life’s blood when He suffered and died on the cross. That means God can legally dismiss your case. Imagine you are convicted of a serious crime for which you are legitimately guilty. The penalty is death. Having received your sentence from the judge, suddenly an innocent man bursts into the courtroom and offers to pay the death penalty for you. That’s what Jesus’ death on the cross accomplished. God’s righteous justice and wrath demands death for sin. But He can commute your death sentence and let you live, because of the suffering death and resurrection of Jesus Christ:  "For God so loved the world that He gave His only begotten Son, that whoever believes in Him should not perish but have everlasting life." What you must do is repent (turn from all sin) and trust in Jesus alone to forgive you, and rescue you from sin and Hell. If you do that, God will grant you the gift of everlasting life. So, don’t put it off. Repent and trust in Jesus today. You may not have tomorrow.
It may come as a surprise to you, but that is the core message of the Bible and the truth on which our founding fathers built our beloved nation. Yet our society has slid so far from its roots it has reached the point where most will likely take offense at such talk. If you care about this nation and where you will spend eternity, get right with God now. Cry out to God, acknowledging your sinful condition before Him and your desperate need for a Savior. Such a cry might sound something like this:
"Oh God, please forgive me for sinning against You. I turn from all my sin and trust alone in Jesus as my Savior from sin and Hell and the Lord over my life. I will read the Bible daily and obey what I read. In Jesus' name I pray. Amen."
Modified from “The Shrinking American Dollar,” by Ray Comfort, http://www.livingwaters.com.
See also http://www.hellsbestkeptsecret.com  and http://www.saveyourselfsomepain.com.
August 18, 2008 - 8:21am 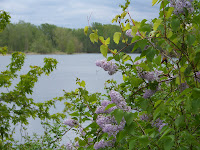 JOE: Good morning Calliope.
CALLIOPE: Good morning Joe. I missed you on Saturday. Too busy?
JOE: Yes. I did not have time to talk with you in the morning and did not get back from the writers' retreat until late.
CALLIOPE: Nice to have you back this morning. How was the retreat?
JOE: Very good. I got a chance to meet some new writers from the Western New York Meetup Group which met with members of the Lift Bridge Writers Group. I found the day very stimulating.
CALLIOPE: What was the best thing about it?
JOE: I think the enthusiasm of other writers and the mutual support for each others' writing. I also liked being with a writers' group I was not in charge of.
CALLIOPE: How did that help?
JOE: I did not feel responsible for the group and could concentrate on my own writing and interactions.
CALLIOPE: Glad you enjoyed it. Anything else happening this weekend?
JOE: Yesterday I attended a memorial service for a fellow member of Unity Church in Rochester. She was most alive just before she died and was fully prepared for her next phase of existence after physical life.
CALLIOPE: How does that strike you?
JOE: As a good example. I have been thinking about mortality lately. I find the prospect daunting. Donna's example will be helpful to me in living the rest of my life and being ready for the next phase of my existence when the time comes, or more properly, when my time ends.
CALLIOPE: An interesting prospect. Do you feel any different because of this realization?
JOE: I feel more at peace. I was beginning to become anxious about mortality.
CALLIOPE: That's a welcome change.
JOE: I hope that being freed from this anxiety will help me concentrate on what I can do rather than on what I might not be able to do in my life. Talk with you tomorrow.