The Batavia City Church's "T.A.G." Youth Ministry will host a spaghetti dinner at 6:30 p.m. in the Generation Center, 15 Center St. (right next to the church).

Tickets are $5 per person and must be purchased ahead of time. All proceeds benefit Haiti relief efforts.

For more information, please contact the City Church at 343-6895.

Conversations with Calliope- An Equal Benefit 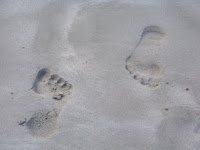 JOE: Good morning Calliope.
CALLIOPE: Good morning Joe. What are you up to today?
JOE: Just thinking of my column and newsletter due this weekend.
CALLIOPE: What's the topic?
JOE: I have been pondering Haiti and what good can come of it. I don't understand why such an impoverished country should bear this burden.
CALLIOPE: Did you come up with any answers?
JOE: Of course not. The only answers I have heard is that it is their own fault or God's. Neither makes any sense to me.
CALLIOPE: Do you think there is an explanation?
JOE: No. I don't think it's a matter for logic.
CALLIOPE: So why think about it at all?
JOE: I wonder what good can come of it.
CALLIOPE: Any ideas about this.
JOE: Yes. I think it is an opportunity for the rest of the world to come together as a community to help fellow people in need.
CALLIOPE: A good way to look at it.
JOE: At least I can live with that. Talk with you on Friday.

posted by Howard B. Owens in Announcements, Churches, Haiti.

Area residents are coming together at 7 p.m. at St. James Church to hold a community prayer and vigil for the people of Haiti.

This is a non-denominational service and the entire community is invited to attend.

Singers who wish to join the choir are asked to arrive by 6:30 p.m.

Two members of St. Paul Lutheran Church in Batavia who were on a mission in Haiti when Port-au-Prince was struck by an earthquake returned home yesterday.

WBTA's Dan Fischer was at the Buffalo airport when Zach Ashley and Sharon Wolf returned safely with the rest of the missionaries. He spoke with Wolf at the airport (mp3).

posted by Howard B. Owens in batavia, religion, Churches, Haiti.

The Lutheran mission team, which includes two Batavia residents, that was in Haiti when the 7.0 earthquake hit Monday has made it safely to the Port-au-Prince airport, according to Jason Christ.

Werk said once the group reached the Port-au-Prince airport, a military aircraft would take them to either Florida or the Dominican Republican, and from either of those airports, they could take a commercial flight home.

The big challenge was transportation from Les Cayes to Port au Prince. The group regularly depends on a bus driver based in Port au Prince, which is where the driver was when the quake struck.

On the trip from Batavia are Sharon Wolf and Zach Ashley.

One of the team members from Tonawanda, Sue Steege, occasionally updates her Twitter account with the group's status.

Apparently, at least two members of the group are still awaiting visas.

Pair of Batavians in Haiti reportedly safe after 7.0 earthquake

posted by Howard B. Owens in batavia, religion, Haiti.

A group of Western New Yorkers, including at least two Batavians, on a mission to Haiti are safe according to a report on a blog following  a massive 7.0 earthquake that struck the Western Hemisphere's poorest nation.

WBTA reports that Sharon Wolf and Zack Ashley, both of Batavia, are on the mission and are safe. Both are with St. Paul Lutheran Church.

This post by Sue Steege lists all mission members and says Wolf and Ashley are on their first mission to Haiti, while some mission members have made the trip as many as five times.

The mission is being led by Pastor Chuck Whited of First Trinity Lutheran Church in Tonawanda. He wrote about his arrival in Haiti on Saturday in this blog post.

According to this post, the mission was scheduled to return home on Jan. 18. That return date is now uncertain, according to WBTA.