Thursday, November 6th from 10am-4pm, the Genesee County Office for the Aging is hosting a Medicare Vendor Fair.  Come speak to the local insurance Companies, or to a trained Medicare Specailist from the Office for the Aging.  You are able to sign up at this time, if you wish, for coverage to begin in January.  No reservations necessary.  For further questions, call 585-343-1611

Conversations with Calliope- The Mailman and the Collie 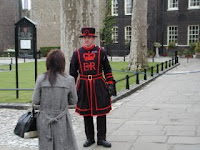 JOE: Good morning Calliope.
CALLIOPE: Good morning Joe. What's on your mind today?
JOE: I was just thinking of something I observed yesterday.
CALLIOPE: Tell me.
JOE: It's a short story with a simple moral.
CALLIOPE: Okay.
JOE: I was walking down Clay Street in LeRoy yesterday to deliver some muffins Carol made for her brother when I came across an empty parked mail truck.
CALLIOPE: Is that it?
JOE: Hardly. I saw the mailman leaving one house and entering the neighboring yard. An unchained collie waited for him at the edge of its property.
CALLIOPE: Collies can be very gentle but also fiercely protective.
JOE: My thoughts precisely.
CALLIOPE: And then?
JOE: The collie met the mailman, fell in alongside him and walked with him as if the two were fast friends. The mailman deposited the mail and left several bits of kibble on the porch step. The collie ate the kibble and the mailman proceeded on his way.
CALLIOPE: And the moral.
JOE: When you have messages to deliver, make sure you have something the gatekeepers want if you wish to be well received. Talk with you tomorrow.

Nothing in the legislation would carry out such a bleak vision. The provision that has caused the uproar would instead authorize Medicare to pay doctors for counseling patients about end-of-life care, if the patient wishes. Here are some questions and answers on the controversy:

Q: Then what's all the fuss about?

A: A provision in the House bill written by Rep. Earl Blumenauer, D-Ore., would allow Medicare to pay doctors for voluntary counseling sessions that address end-of-life issues. The conversations between doctor and patient would include living wills, making a close relative or a trusted friend your health care proxy, learning about hospice as an option for the terminally ill, and information about pain medications for people suffering chronic discomfort.

The sessions would be covered every five years, more frequently if someone is gravely ill.

Q: Is anything required?

Monsignor Charles Fahey, 76, a Catholic priest who is chairman of the board of the National Council on Aging, a nonprofit service and advocacy group, says no.

"We have to make decisions that are deliberative about our health care at every moment," Fahey said. "What I have said is that if I cannot say another prayer, if I cannot give or get another hug, and if I cannot have another martini -- then let me go."

A: No. It would block funds for counseling that presents suicide or assisted suicide as an option.

Q: Who supports the provision?

A: The American Medical Association, the National Hospice and Palliative Care Organization and Consumers Union are among the groups supporting the provision. AARP, the seniors' lobby, is taking out print advertisements this week that label as false the claim that the legislation will empower the government to take over life-and-death decisions from individuals.

Q: Should the federal government be getting involved with living wills and end-of-life questions -- decisions that are highly personal and really difficult?

A: It already is.

The government requires hospitals to ask adult patients if they have a living will, or "advance directive." If the patient doesn't have one, and wants one, the hospital has to provide assistance. The mandate on hospitals was instituted during a Republican administration, in 1992, under President George H.W. Bush.

Q: How does a living will work, and how is it different from a health care proxy?

A: A living will -- also called an advance directive -- spells out a patient's wishes if he or she becomes incapacitated. Often people say they don't want to be kept alive on breathing machines if their condition is terminal and irreversible.

A health care proxy empowers another person to make medical decisions should the patient become incapacitated.

There's also a power-of-attorney, which authorizes another person to make financial decisions for someone who is incapacitated.

Such legal documents have become standard estate-planning tools in the last twenty years.

A: It very well could.

Supporters of the provision say the main consequence would be to formally bring doctors into a discussion that now takes place mainly among family members and lawyers.

"When you execute a legal document with your lawyer, it ends up in your files and in the lawyer's files," said John Rother, a senior policy and strategy adviser for AARP. "Unless the doctor is part of this discussion, it's unlikely that your wishes will be respected. The doctor will be the one involved in any decisions."

"There has been a lot of misinformation about the advance care planning provisions in the bill," AMA President Dr. James Rohack said in a statement. "It's plain, old-fashioned medical care."

Q: So why are some people upset?

Some social conservatives say stronger language is needed to protect seniors from being pressured into signing away their rights to medical treatment in a moment of depression or despair.

The National Right to Life Committee opposes the provision as written.

"I'm not aware of 'death panels' in the bill," said David O'Steen, executive director of the group. "I'm not aware of anything that says you will be hauled before a government bureaucrat. But we are concerned ... it doesn't take a lot to push a vulnerable person -- perhaps unwittingly -- to give up their right to life-sustaining treatment."