JOE: Good afternoon Calliope.
CALLIOPE: Good afternoon Joe. Where have you been.
JOE: I've been here but my computer has been busy uploading my CD for distribution for quite a while.
CALLIOPE: You couldn't type around it?
JOE: Not very easily. It seemed to take up most of my computer's attention for some reason.
CALLIOPE: So is it finished uploading?
JOE: Not yet. It's still chugging away but my other programs seem to be working again.
CALLIOPE: Well, I'm glad you could finally make it.
JOE: I have been excited for the past several days about completion of the project. Now it finally is.
CALLIOPE: I thought you were done yesterday.
JOE: I had a demo finished but then I had two listeners review it and made some more changes.
CALLIOPE: Are you satisfied with it?
JOE: I am. It is clear and well organized, even for me.
CALLIOPE: Congratulations.
JOE: I'll rest on my laurels until I know it's ready for distribution. Talk with you on Monday. 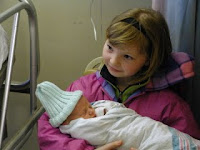 JOE: Good morning Calliope.
CALLIOPE: Good morning Joe. I've been scratching my head all weekend.
JOE: About what?
CALLIOPE: About the new project you alluded to.
JOE: Oh, yes. It's about wisdom.
CALLIOPE: You mentioned that Saturday. Tell me more.
JOE: I haven't settled on a title yet although that might be better to decide later anyway.
CALLIOPE: And the focus?
JOE: It seems to me that each time of life has a store of wisdom.
CALLIOPE: Do you mean from childhood on through old age?
JOE: Exactly. Although our culture tends to focus on immediate gratification, Each season of life also has its own perspective and contribution to make to better ways to live.
CALLIOPE: I can't argue with that. How do you plan to go about it?
JOE: I have begun searching what has been written so far. Books on the subject don't look overdone.
CALLIOPE: So that's where you are now?
JOE: I am. After my research I will plan my strategy and develop an outline. Talk with you tomorrow.

Town of Alabama discusses possibility of getting public water

An overwhelming majority of residents of Alabama want piped-in water to replace their current well-water supply, a fact that was brought into light by a survey conducted in 2003. The survey also made it apparent that residents were willing to pay for public water, but those in attendance at the informational meeting last night were leery over the $5.2 million dollar price tag.

Residents in the town gathered in the fire hall to go over the pros and cons of public water, the cost and responsibilities of the homeowner, and the logistics of the project that were projected thus far.

The owner of Chatfield Engineers, Paul Chatfield, presented the proposed district as well as the dollar amounts that came along with it, saying that each resident would have to pay a target charge of $702.

“If it would only cost me $700 to get water, I’d write you a check today!” said Bill Maragliano. He and his wife have lived on Roberts Road for four years. They were upset that the projected water lines were (as of right now) not going to reach them. Later, he showed me a bottle of water he’d taken from the faucet at his house, and it wasn’t pretty.

The Maragliano’s plan to get a petition signed by their neighbors saying that they want water. Supervisor of the Town of Alabama, Guy Hinkson asked that anyone else who wants water on their street to bring it to his attention with a petition as well.

A show of hands around the room indicated that the majority of people in attendance did want water, but when it came time for questions and concerns it was clear they were wary of the cost.

Chatfield explained that the interest rates for loans have been nearly cut in half over the past few years. He said now is the time to take advantage of grant programs, such as the one offered by USDA Rural Development – a federal agency that provides loans and grants based upon the incomes of the residents in the town.

The total cost of the project that USDA Rural Development is willing to pay (the projected grant plus the projected loan) is approximately $5,258,000. The estimated target charge per house is approximately $702 per year (debt service plus the cost of water). Loan specialist Dawn Kuras for the USDA Rural Development assured that even if the loan or grant amounts change, the target charge per household would remain around $700 per year.

That $700 does not include the cost to run the water line from the road to the resident's house (approx. $8-12 per sq. foot), or the purchase of water.

Many people were concerned about senior citizens on fixed incomes and how they would afford a new cost. Kuras explained that the USDA was there to help individuals as well as the town afford water. She said to contact her office in Batavia with inquiries.

“We have a lot of details to work out in regards to this project,” said Chatfield. The application process is time consuming and the general schedule for water districts from formation to completion is projected to take almost four years.

Supervisor Hinkson concluded the meeting by saying “This has been a long time coming… people need water.”

Not everyone in attendance agreed that the town should go ahead with the project as projected right away, however.  Co-legislator in District 1 of Oakfield and Alabama, Ray Cianfrini brought it to attention that there could be other ways to get this project paid for. He suggested they seek funding through Western New York Science and Technology Advanced Manufacturing Park (STAMP).

Cianfrini also mentioned that the Town of Oakfield was “basically mandated” to replace their water tower and they are having trouble finding grant money. He said that two municipalities combined would increase their chances to get grants, so “Why not take advantage?”

Supervisor Hinkson stressed throughout the meeting that the project was still “conceptual… We are in the preliminary phases of getting all this accomplished.”