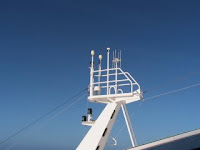 JOE: Good morning Calliope.
CALLIOPE: Good morning Joe. How are you today?
JOE: Not bad.
CALLIOPE: How's the e-book coming?
JOE: It looks ready to go.
CALLIOPE: What's the holdup?
JOE: Distribution. Never having done this, I found more options than I expected.
CALLIOPE: Such as?
JOE: PDF, Zip file, exe, word document are some of the format choices.
CALLIOPE: Have you decided among these?
JOE: After considering the possibilities, I have settled on PDF.
CALLIOPE: Okay. What about distribution channel?
JOE: I originally thought of doing it by email.
CALLIOPE: But?
JOE: It is a slow and unwieldly process given the size of my e-book.
CALLIOPE: So what are the alternatives?
JOE: The one I chose is posting it on my website and making it accessible with a password so I can keep track of who downloads it. More tomorrow.

Conversations with Calliope- Time with Nature 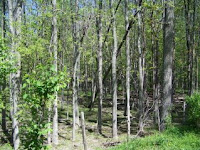 JOE: Good morning Calliope.
CALLIOPE: Good morning Joe. Did you take a break as promised?
JOE: I did. I took a walk down a country road and communed with nature's beauty on the best day I have seen all summer.
CALLIOPE: Good timing.
JOE: I can't agree more.
CALLIOPE: What did you discover?
JOE: Birds, cornflowers, Queen Anne's lace, fields, woods and wild black raspberries.
CALLIOPE: Did you take along your camera?
JOE: Not this time. I had to choose between just being with nature or capturing it. I chose the former.
CALLIOPE: Not a bad choice. What did the experience do for you?
JOE: Helped gain me some perspective on life. It's the journey which matters, not the goal.
CALLIOPE: Others might disagree.
JOE: Let them. We all have to choose our own paths and make of them what we will. I'm happy with the choices I have made.
CALLIOPE: Glad to hear it.
JOE: Thanks. Talk with you tomorrow.

Conversations with Calliope- Something Personal 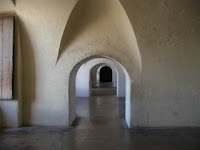 JOE: Good morning Calliope.
CALLIOPE: Good morning Joe. How are you today?
JOE: Mulling a self revelation.
CALLIOPE: Sounds like there might be a story to it.
JOE: There is. Yesterday I spent the morning at a meeting with mental health staff and fellow board members.
CALLIOPE: How did it go?
JOE: Mixed. The first part was a pleasant exchange and presentation with the staff. The second part turned to some thorny issues.
CALLIOPE: Where did you find the revelation?
JOE: We were discussing staffing and the issue of AmeriCorps came up. Someone wished I was available for their project rather than already committed to the arts council.
CALLIOPE: And your response?
JOE: I realized only as I said it that there are many personal issues related to mental health involving my family which make it hard for me to be any more involved with the field than I am now.
CALLIOPE: Is that what made you turn to writing instead of mental health?
JOE: In retrospect, I think so. I have plenty of experiences to draw on but don't want to revisit them, at least the personal ones.
CALLIOPE: Good realization.
JOE: I thought so. Talk with you tomorrow.

DWI and it's aftermath...

Recently in the Daily News was a column by the excellent Scott DeSmit.  He talked about the aftermath of a particular accident caused by DWI, and the very high price paid by the passenger on the motorcycle.  It was quite illuminating.  It allowed you a glimpse beyond the initial report of the accident to the consequences of it.  It gives a clear picture of how callously and selfishly the driver acted after the accident.  It begs the question that if he hadn't been so concerned about himself and gotten help for his passenger right away, maybe she wouldn't be as bad off as she is.

As I read, I felt very deeply for this woman and her family.  What they now have to face is a lifetime sentence, which is a whole lot more than the man who was drunk and chose to drive got at sentencing.  As I thought more and more about it though, I was struck by something which was never brought up in the column, and that was the choices of the woman hurt.  This was a 47 year old woman- a mother of a then 20 year old daughter.  Had she never had the discussion with her child about not getting into (or on) a vehicle with someone who had been drinking?  I am certain she must have.  Did this lesson not apply to her own behavior, then?  Wasn't she thinking about her own safety and life that night?  Why did she get on that motorcycle with her boyfriend knowing he had at least 4 DWI's in his lifetime?  Was she not aware that he was drunk?  Had she driven with him drunk before and thought nothing of it?  These are the questions which had my mind churning.

Please do not misunderstand me, I have a deep sympathy for the woman and her family- no one deserves to have their life destroyed in this way.  It was a horrible accident- but isn't it an accident that was completely preventable?  Isn't it an accident that we warn our children about regularly?  The type of accident caused by poor choices, not just dumb luck?

I write this entry not to blame the victim, but to illustrate to all of us how every choice, every decision can have lasting and horrific consequences.  The bottom line is this- DO NOT drink and drive (even a little bit!) and don't EVER get in (or on) a vehicle with someone who has been drinking (even a little bit!) no matter how sober they may seem.  The choice is yours, and the consequences can be fatal. 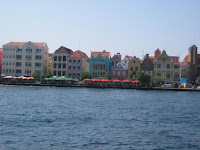 JOE: Good morning Calliope.
CALLIOPE: Gook morning Joe. How's the move coming?
JOE: I did some packing Saturday but was busy socializing and attending church yesterday.
CALLIOPE: What did you get from church?
JOE: A chance to reflect on my life, how it has progressed so far and where it is headed.
CALLIOPE: Are you satisfied with your progress?
JOE: I learned some time ago that we only have limited control over our life paths. I have no major complaints but wish I had done some things differently in hindsight.
CALLIOPE: Would that have made a difference in your life?
JOE: Maybe, but then I would have missed some of the experiences I have treasured.
CALLIOPE: I think of what Frost wrote about the two paths in the wood.
JOE: I have been thinking of that quite a bit lately as well.
CALLIOPE: You only have one life to live.
JOE: I agree. All we have are the experiences and choices which face us from moment to moment. We never get a chance to go back and relive our lives.
CALLIOPE: Quite true.
JOE: I am busy trying to make the best of today's opportunities. Talk with you tomorrow.