posted by Howard B. Owens in batavia, planning, development. A local businessman is planning a housing development on 100 acres of vacant farm land just off Route 5 and Seven Springs Road in the Town of Batavia, and the town's planning board has scheduled a public hearing on the subdivision application.

Peter Zeliff, an executive EIF Renewable Energy Holdings and a Batavia resident, has filed the application to convert the farmland into 76 lots for 120 single family and town home units.

The location of the proposed development is north of Route 5, across from the Genesee Valley Agri-Business Park.

Zeliff is best known locally as an aviation buff, so much so that he built a large house near the west end of the Genesee County Airport runway. He owns small planes and a helicopter.

Among his charitable work is the annual WNY Aviation Camp for youngsters throughout the region.

The owner of the parcel is listed as Oakwood Hills, LLC. It's currently assessed at $128,200. A Tim Horton's is only the first phase of planned development for a parcel of property wedged in between Lewiston Road, Main Street and Colonial Boulevard, the developer revealed Tuesday night at a Town of Batavia Planning Board meeting.

Besides the coffee shop, Benderson Development Co. plans to erect a retail building and a drive-thru ATM location.

No tenants have been found for those uses, yet, said Matthew J. Oates (photo), the company's chief engineer, but the company didn't want to surprise planners later, after Horton's is approved -- assuming it is -- with an expanded development.

Kathy Jasinski, board chairwoman, said the town only found out about the planned additional uses on Monday.

Benderson has recently completed a traffic study covering the anticipated impact of both Tim Horton's and the proposed retail location and those results were turned over Monday to the town and the DOT for analysis.

Town Engineer Steve Mountain said that traffic study will be given to the town's traffic consultant for review.

Traffic was one of the chief concerns raised by town residents, primarily those on Colonial Boulevard, who attended Tuesday's public hearing on the Tim Horton's plan.

Lewiston and Main is already a congested intersection and traffic patterns down Main Street can make it difficult, Colonial Boulevard residents said, to get on and off their street.

What that traffic impact will be and how any problems might be mitigated remains an open question until both the town's consultant and the DOT complete an analysis of the traffic study.

The board made no decision about the planned development, but did begin the process of declaring itself the lead agency for environmental review purposes.

Residents also expressed concern about light and noise coming from the 24-hour operation.

Amy DiSalvo said her house is right next to the proposed Tim Horton's location and she's concerned about parking lot light spilling over onto her property as well as headlights shining on her house.

Oates said the position of the building will act as a buffer for headlights and noise for Colonial Boulevard residents, and Bob Bender, real estate project planner for Tim Horton's, said the project will use "dark sky lights," which will have zero spill over onto adjacent property.

This is a one year, 12-15 hour per week, contracted position supported by grant funding.  The Development Assistant is responsible for administrative aspects of development and public relations activities. This position plays an important role by providing administrative support to the Community Center and participating in all fundraising activities including donor and public relations, direct mail appeals, and special events.

· Minimum Associate's degree or experience in a related field.

Conversations with Calliope- Ready for the Big Time

JOE: Good morning Calliope.
CALLIOPE: Good morning Joe. How's your website development coming?
JOE: I've had my ear to the ground, nose to the grindstone and shoulder to the wheel most of the week.
CALLIOPE: Wow. Did the effort pay off?
JOE: I'm getting there. I tried one version live and wasn't satisfied with it. Back to the drawing board.
CALLIOPE: And?
JOE: The new version is ready for a trial flight today.
CALLIOPE: What do you expect?
JOE: I hope it flies. My deadline is the end of the week. I am more confident that I know what I'm doing now.
CALLIOPE: Best of luck.
JOE: Thanks. I think I know how Orville and Wilbur felt at Kitty Hawk.
CALLIOPE: Interesting comparison.
JOE: Off to the proving grounds. Talk with you tomorrow.

Conversations with Calliope- On with the Show 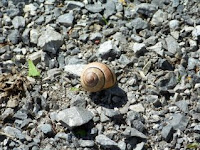 JOE: Good morning Calliope.
CALLIOPE: Good morning Joe. How are you today?
JOE: Back in high gear.
CALLIOPE: Explain.
JOE: Yesterday's mail brought my book, Dreamweaver CS4- The Missing Manual.
CALLIOPE: How did that change things?
JOE: I have been struggling to make sense of Dreamweaver from the tutorials online and fiddling with the program to try to understand it, mostly to no avail. Now that the book has arrived, so has hope of understanding and using Dreamweaver.
CALLIOPE: So you were right about a book being more useful than online materials.
JOE: I don't know if this is true for everyone, but it certainly is for me.
CALLIOPE: I'm glad there is hope. Whats next?
JOE: My first inclination is to jump right in and redesign my old website.
CALLIOPE: But?
JOE: But I decided to take some time to learn how to use Dreamweaver first and once I become familiar with it, use it to reformulate my site. Talk with you tomorrow.