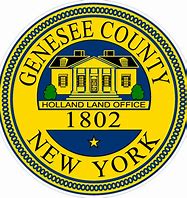 The Genesee County Legislature, during its final budget session on Wednesday at the Old County Courthouse, reached into their “unexpended fund balance” pocket to keep the property tax levy for the 2022 fiscal year at the same level as this year.

These changes in the spending plan will be considered by the legislature’s Ways & Means Committee next Wednesday and, upon approval, by the full legislature for a binding vote on Nov. 22.

Legislature Chair Rochelle Stein today said she was happy to report that her colleagues capitalized on the opportunity to keep the levy at the same rate “and still be able to fund the initiatives and the mandates that we have in front of us.”

“It's most important that we are able to do that by sharing most fairly across all of our constituencies and municipalities … and to be able to fund our operations and not take one penny more than we need from the taxpaying public.”

The lower tax rate will lessen the burden to varying degrees of property owners, many of whom saw their assessments go up over the past several months. For the median residential household in Genesee County assessed at $122,935 that did not have an assessment change from 2021, this will result in an annual net tax decrease of $76.22.

Stein said legislators have much to confront in terms of necessary and mandated projects, such as funding the new county jail, the Countywide Water Project and infrastructure.

“So, being able to do that really represents good hard thought of what we have to tackle in the future, especially funding the new positions at the county jail according to the (New York State) Commission of Correction, and also getting some of our departments right-sized,” she said.

The county also is continuing to commit $1 million from sales tax earnings to repair and maintain roads, bridges and culverts.

“Doing those types of investments in our infrastructure are just critical to making sure that we stay ahead of those big ticket items,” she said.

Landers said he supports the legislature’s decision, noting that about $2.5 million from the unexpended fund balance was used in the 2021 budget.

“As requested, I presented legislators with different scenarios and they honed in on the scenario of keeping the levy flat from last year,” Landers said. “There'll be no levy increase whatsoever, so it definitely was a good conversation.”

He said the legislature, which consistently has voted against overriding the New York State tax cap of around 2 percent, will have a bit more flexibility next year.

“We will have the ability to grow it (the cap) by an extra $480,000 because we didn’t take any of the allowable levy this year. That gives us time to see, between now and 12 months later, after getting more information about the water project and jail construction,” he said.

Landers said management and the legislature are at the mercy of the Commission of Correction, which has final say over the number of employees needed at the new jail on West Main Street Road (which is scheduled for the start of construction next spring).

“One of the biggest factors that is causing pause of our legislature in terms of concern is the CoC’s ability to dictate how many posts are in this new jail,” Landers said, explaining that each “post” represents about five positions. “Even with the jail designed -- even with virtual reality goggles so that an official can walk through the jail virtually and see where everything is -- the CoC won't make a determination on the posts until they physically walk into the jail.”

CoC officials could determine that more posts are required than have been budgeted for, Landers said, and each post would add $500,000 to the annual operating costs of the jail.

Stein credited every legislator for making his or her voice heard in this process.

“It’s been really terrific working with nine independently-thinking people and coming to this same place in our budget and the consideration and a consensus,” she said. “So, I'm very proud to lead this group.”